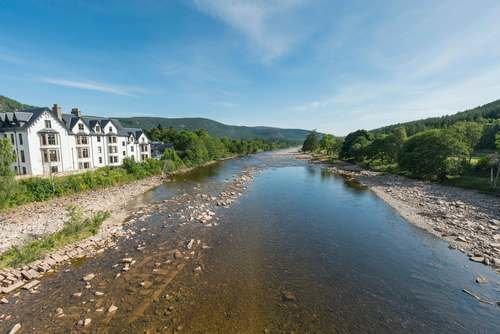 The Old Royal Bridge in Ballater offers views of the River Dee on the South East side of Ballater. It was opened by Queen Victoria in 1885.

The Royal Bridge in Ballater was built in 1885 by two engineers, Jenkins and Marr.  It’s a four-arch bridge with dressed-stone arch rings and pinned ashlar spandrels.

An inscription explains that the first bridge on the site provided the essential commercial link to the wells and was built in 1783.  It was destroyed in 1789 and thereafter another bridge built by Thomas Telford in 1809 was erected.  This was also destroyed in the 'Muckle Spate' floods of 1829.  The present stone bridge was financed by the County Road Trustees and opened by Queen Victoria in 1885.

The bridge carries the B971 public road across the River Dee on the south east side of Ballater and offers lovely views down the river. 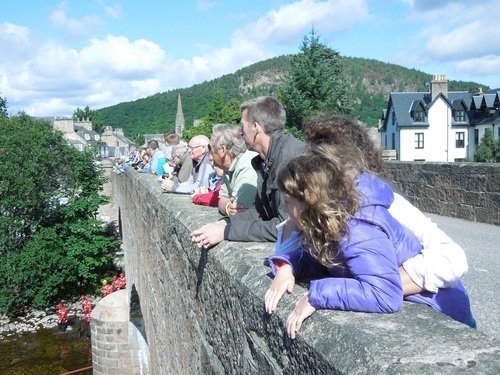