Knock Castle is a four-storey, 16th century ruined tower house located on Knock Hill to the West of Ballater.

On the south side of the River Dee, just to the west of Ballater, sit the ruins of Knock Castle. It’s possible to walk to the castle from the village starting from the Old Royal Station. The ruin is a 16th century, four-storey tower house built for the Gordon family.

The castle, now in the care of Historic Environment Scotland, has a dark history.  At one time seven sons of Alexander Gordon, the 3rd Laird of Knock, were murdered by a neighbouring rival clan the Forbes. Upon receiving the news of his sons’ deaths, the 3rd Laird also collapsed and died. The Forbes laird was subsequently executed, and all his lands forfeited.

Visitors today will find the castle walls intact and the tower house standing but roofless. The remains of a vaulted basement can also be seen as well as a spiral turnpike staircase.

A short distance to the west is a motte, or mound, with the possible foundations of a 12th-century timber stronghold, known as the Old Castle Knock. Belonging to the Earls of Mar, this structure was destroyed in 1590 by the Clan Chattan (Macintosh). What little remains of the site appears to have evidence of a corn-drying kiln within. 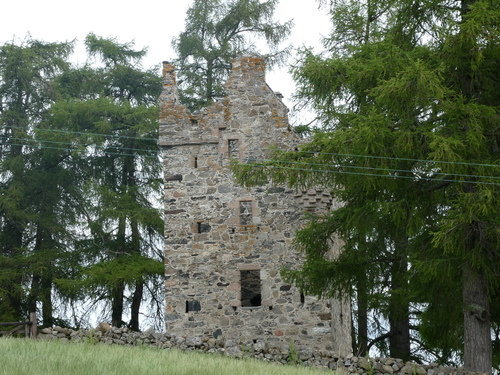 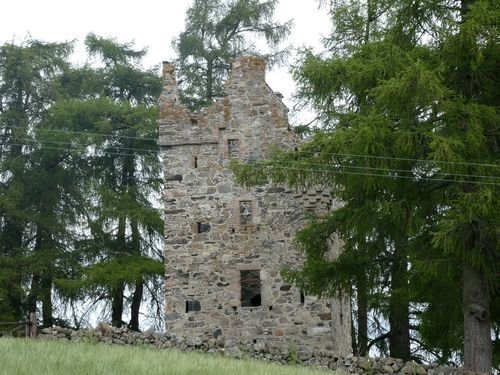 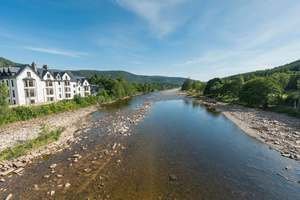